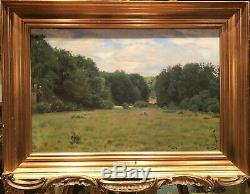 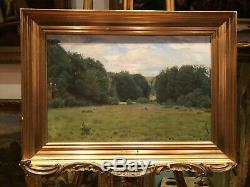 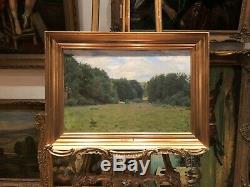 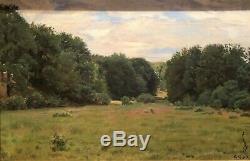 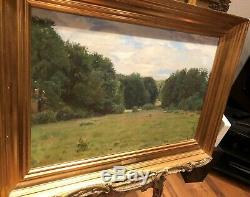 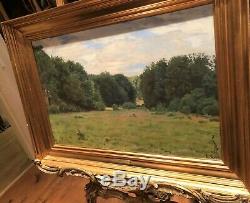 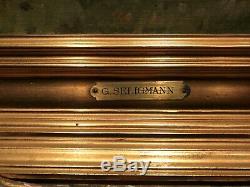 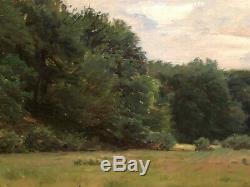 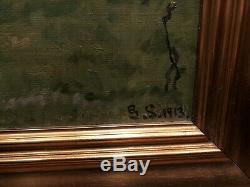 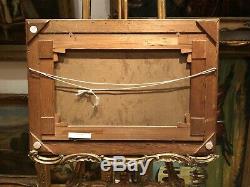 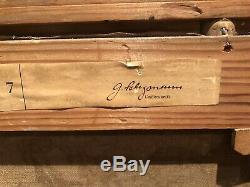 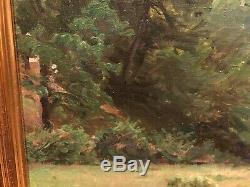 Seligmann was the son of the wholesaler Rudolf Seligmann (born in 1829) and Sophie née Weil (born in 1844). Having finished his preparatory studies in 1883, he received his first artistic training from Frans Schwartz, followed by P. Krøyer and Laurits Tuxen, who ran a painting school. In 1887, he debuted at the Charlottenborg Spring Exhibition with two landscape paintings inspired by Halland motifs.

The following year, he exhibited some figurative paintings and, in 1888, Sunday at the Thorvaldsen Music Museum, acquired for the Hirschsprung collection. He won a third class medal at the Paris Universal Exhibition in 1889. In 1890 and 1891, Seligmann still exhibited in Charlottenborg and was best known as a portraitist. On May 16, 1893, he married Jenny Heyman (born in 1873), daughter of the wholesaler Philip W. In the following years, he made several trips abroad, travelling to Holland, Belgium, Germany, Italy and France, and produced many works, especially landscapes, architectural paintings and portraits.

In addition to these original and entirely independent works, Seligmann was particularly interested in Frans Hals and painted some copies, among others Haarlem's great shooters (De Officen van den Cluveniers doelen, 1893) and a Pompeian fresco, Centaure and Menade. His works are distinguished by a natural narrative, a powerful identity and a solid colour that placed him comfortably in the circle of the younger generation of Danish painters, beginning in naturalism at the end of 1880 and retained throughout his career.

He had an extensive artistic culture; he also sang and was an excellent cello performer. His many interests lead to a certain dispersion that made it difficult to achieve the height expected from him in his early career. He died on August 20, 1924 in Montebello, Helsinger and is buried at the Jewish Mosaic Cemetery in Copenhagen.

The beautiful gold gilt frame. ALL ITEMS WILL BE SENT TRACKED AND SIGNED FOR.

SMALL/MEDIUM SIZE PAINTINGS WILL BE PACKED IN BUBBLE WRAP AND DOUBLE SKIN CARD BOARD / LARGE WILL BE CRATED IN WOOD BUBBLE-WRAP AND CARDBOARD. EACH PAINTING HAS TO HAVE A SEPARATE BOX MADE , BECAUSE EVERY PAINTING HAS DIFFERENT MEASUREMENTS. ALL PHOTOS ARE TAKEN WITH A HASSELBLAD DSLR BLACK IN DAYLIGHT. CERTIFICATE OF AUTHENTICITY BY OUR EXPERT IS AVAILABLE.

Attention Sellers - Get Templates Image Hosting, Scheduling at Auctiva. The item "OIL PAINTING FINE GEORG SELIGMANN ANTIQUE 19 / 20th CENTURY Danish OLD MASTER" is in sale since Friday, July 17, 2020. This item is in the category "Art\Paintings". The seller is "designer-fits" and is located in Bournemouth.