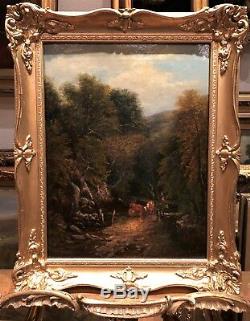 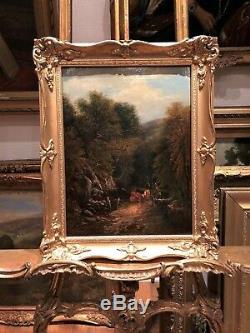 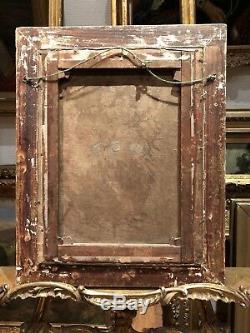 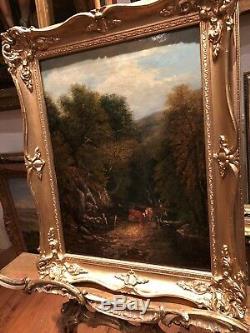 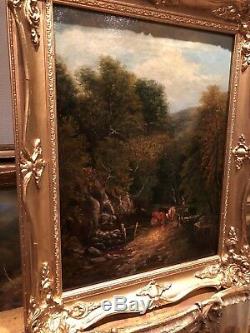 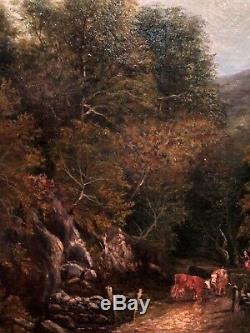 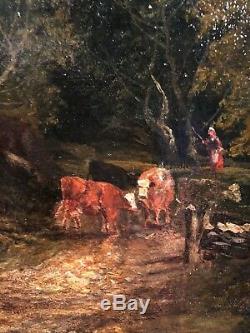 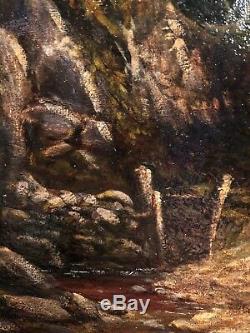 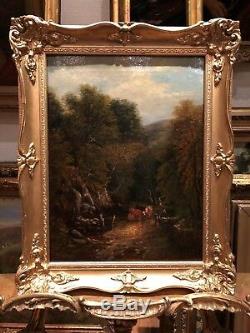 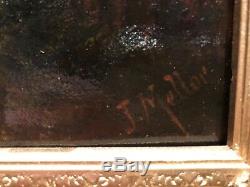 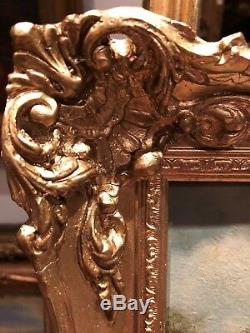 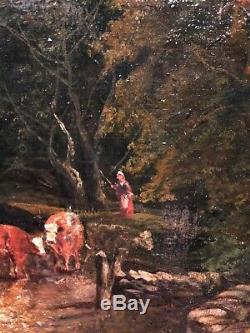 Joseph Mellor was born in Barnsley in 1827. His family worked in the Barnsley linen industry. Like his father before him, Joseph became a weaver and eventually progressed to working as a Jacquard card stamper.

Jacquard cards, a forerunner to computer punch cards, were used to program looms to produce fabric with a repeated pattern. In 1850, Joseph married Mary Thackray, who was also a weaver, at St Marys Church, Barnsley. Marys father, William, may well have been involved in weavers attempts to improve their working conditions and pay during the middle of the nineteenth century.

Joseph and Mary had two children: William born in 1851 and Emmeline born in 1854. During the next few years they moved from Castlereagh Street to Pitt Street and eventually to Racecommon Road. Having already developed an interest in painting, Joseph decided to pursue a career as a landscape artist in the late 1850s. The weaving industry was in difficulties, so much so that Marys father moved the rest of his family to the industrialised east coast of the USA to look for work in the cotton mills there. Joseph and Mary eventually moved to Leeds, where Josephs older brother had a small weaving business. This may have helped William and Emmeline, who, when they were old enough, both found work as weavers in Leeds. Emmeline got married and moved to Bradford. Later, Joseph and Mary moved to Bradford as well.

This is where Joseph died in 1888 and where he is buried in Undercliffe Cemetery. Joseph painted mainly in oils, on canvas and on board, and is said to have taught his son William (who later became an artist in his own right) to paint. Josephs landscapes are typically Victorian in style and he painted many rural scenes including Ribblesdale, Barnards Castle and scenes around Knaresborough where his mother-in-laws family came from. It is not clear how much more widely Joseph travelled and, although he did visit London, there is no information about his paintings being exhibited during his lifetime.

Despite this, many pieces of Josephs work have since been offered for sale in auctions, at galleries and at antiques fairs. The beautiful gold gilt frame is not original to. ALL ITEMS WILL BE SENT TRACKED AND SIGNED FOR.

SMALL/MEDIAN SIZE PAINTINGS WILL BE PACKED IN BUBBLE WRAP AND DOUBLE SKIN CARD BOARD / LARGE WILL BE CRATED IN WOOD BUBBLE-WARP AND CARDBOARD. EACH PAINTING HAS TO HAVE A SEPARATE BOX MADE , BECAUSE EVERY PAINTING HAS DIFFERENT MEASUREMENTS. ALL PHOTOS ARE TAKEN WITH A HASSELBLAD DSLR BLACK IN DAYLIGHT. CERTIFICATE OF AUTHENTICITY BY OUR EXPERT IS AVAILABLE.

This item is in the category "Art\Paintings". The seller is "designer-fits" and is located in london. This item can be shipped to North, South, or Latin America, all countries in Europe, all countries in continental Asia, Australia.