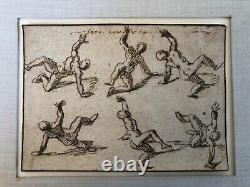 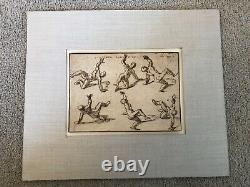 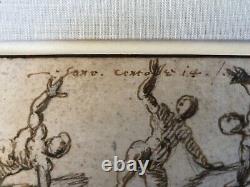 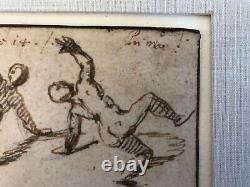 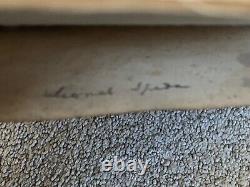 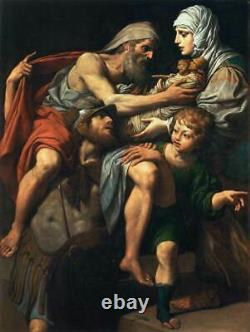 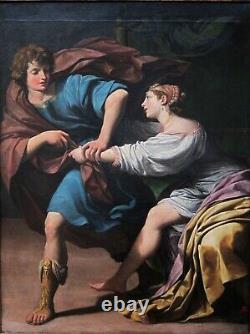 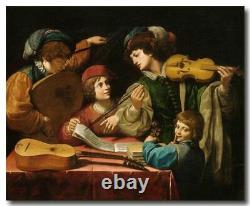 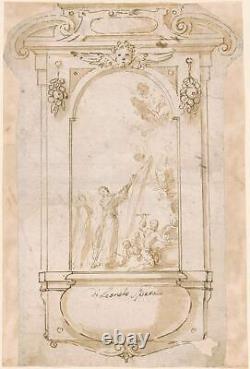 Acquired from the deceased estate of a private collector in Southern California. Works by Spada, and especially drawings are extremely rare and seldom ever turn up on the market. This work is executed in ink on paper, which is very thin.

The paper has been attached to a sturdier mounting paper, most likely in the mid 20th century. An annotation in graphite on the back of this mounting paper reads Lionel Spada. There is writing in Italian in the upper areas of the artwork, but it is illegible to me. Approximately 9 3/8 x 11 1/8 inches including the matting. Actual artwork is approximately 4 3/8 x 6 1/8 inches. The last photo is another example of another known drawing by Leonello Spada. Leonello Spada was an Italian painter of the Baroque period, active in Rome and his native city of Bologna, where he became known as one of the followers of Caravaggio. 1609 to Rome where fell under spell of Caravaggio.

1614 back in Bologna (where given the nickname'Scimmia del Caravaggio'). In 1617 to Parma working for the Farnese, where increasingly influenced by the work of Correggio.

Leonello Spada (15761622) was born in Sassuolo near Modena and earned his first fame as a quadratura painter, working with Girolamo Curti. And later joined the Carracci's Accademia degli Incamminati.