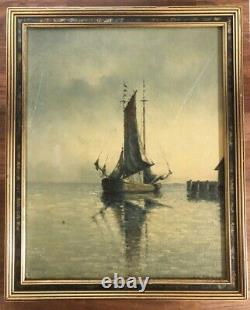 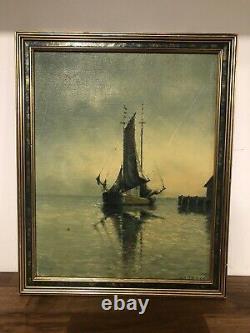 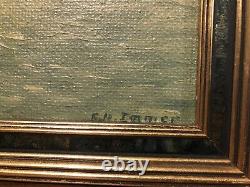 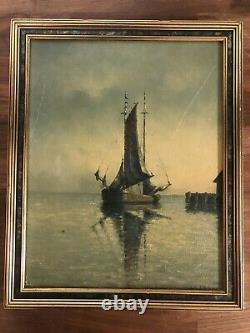 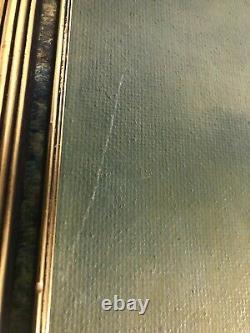 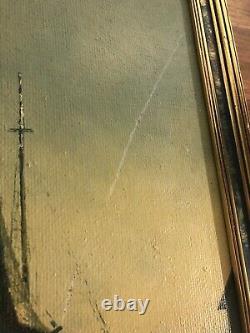 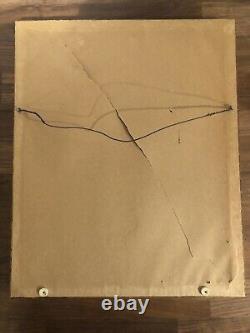 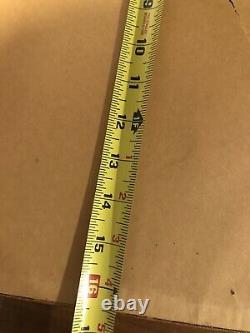 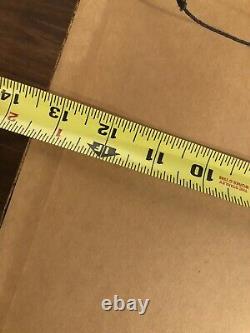 Canvas size: 13" x 16" Signed: lower right, FH Immer. The story of Fredrick Herman Immer began on October 7, 1884 at Ditzmer Verlast, East Friesland, Germany, where he was born to Rev. Carl and Flora (Eilers) Immer. Fredricks father was a minister of the Evangelical Lutheran Church as were all but one of his brothers. While in Germany, Fredrick studied at the Gymnasium.

Shortly after the door to an army officer career was closed to him, he immigrated to the United States. He made the move in August of 1902 at 18 years of age, and resided with Ludwig Hirschfield in Waco, Nebraska until 1918. During this period he traveled to such places as St. Louis, Missouri, Portland, Oregon, Los Angeles and San Francisco, California, Orlando and Jacksonville, Florida, painting murals and stage scenery in theaters. While working in theaters Fredrick got to meet and know Tom Mix, one of the cowboys stars of silent films. In April of 1918 Fredrick became a scenic artist headquartered in Jacksonville, Florida in the winter and moving around to a variety of locations in the North during the summer months. In 1921, he met Hazel Ester Wagner while vacationing at Pentwater (Michigan) Nickerson Inn. He lived in Lansing, Michigan, and continued to see Hazel while still traveling around the Midwest working on scenery painting. On July 9, 1924, they married, and in March, 1927 moved to Pentwater where they became permanent residents. They spent their years in a home at 440 Lowell Street near the Charles Mears State Park.

His painting studio was in Edwin Kents furniture store across from the Big Maple Garage and next to the Standard Station in downtown Pentwater. Written and submitted by Edward P. Bentley, Art Historian, Lansing, Michigan.

This item is in the category "Art\Paintings". The seller is "portlandantique" and is located in Portland, Oregon.